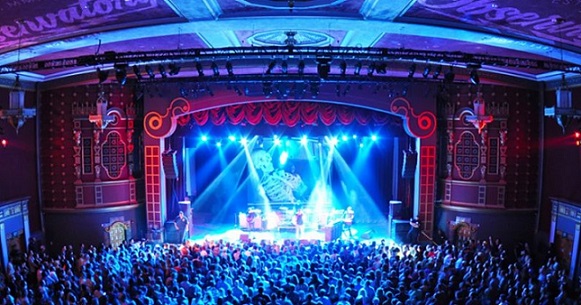 After announcing in December it would exclusively book The Observatory in Santa Ana and Observatory North Park in San Diego, Live Nation announced it will acquire both Southern California venues through its rapidly expanding Clubs & Theatres division.

“We are proud to bring both of these popular music halls into our family of great venues throughout Southern California and the country,” said Ron Bension, president of Live Nation Clubs & Theaters. “Both observatories have a strong fan base in their respective markets and offer great musical experiences. We’re looking forward to continuing that tradition.”

Formerly known as the Galaxy, new ownership took over the rundown Santa Ana venue in 2011 and rechristened it the Observatory, overhauling everything from the interior’s aesthetic to the sound and lighting rigs. A second, 300-capacity venue, the Constellation Room, was also added within the Observatory. The 1,000-capacity Observatory has become a favorite stop for rising hip-hop acts.